The Rise of Analog Horror 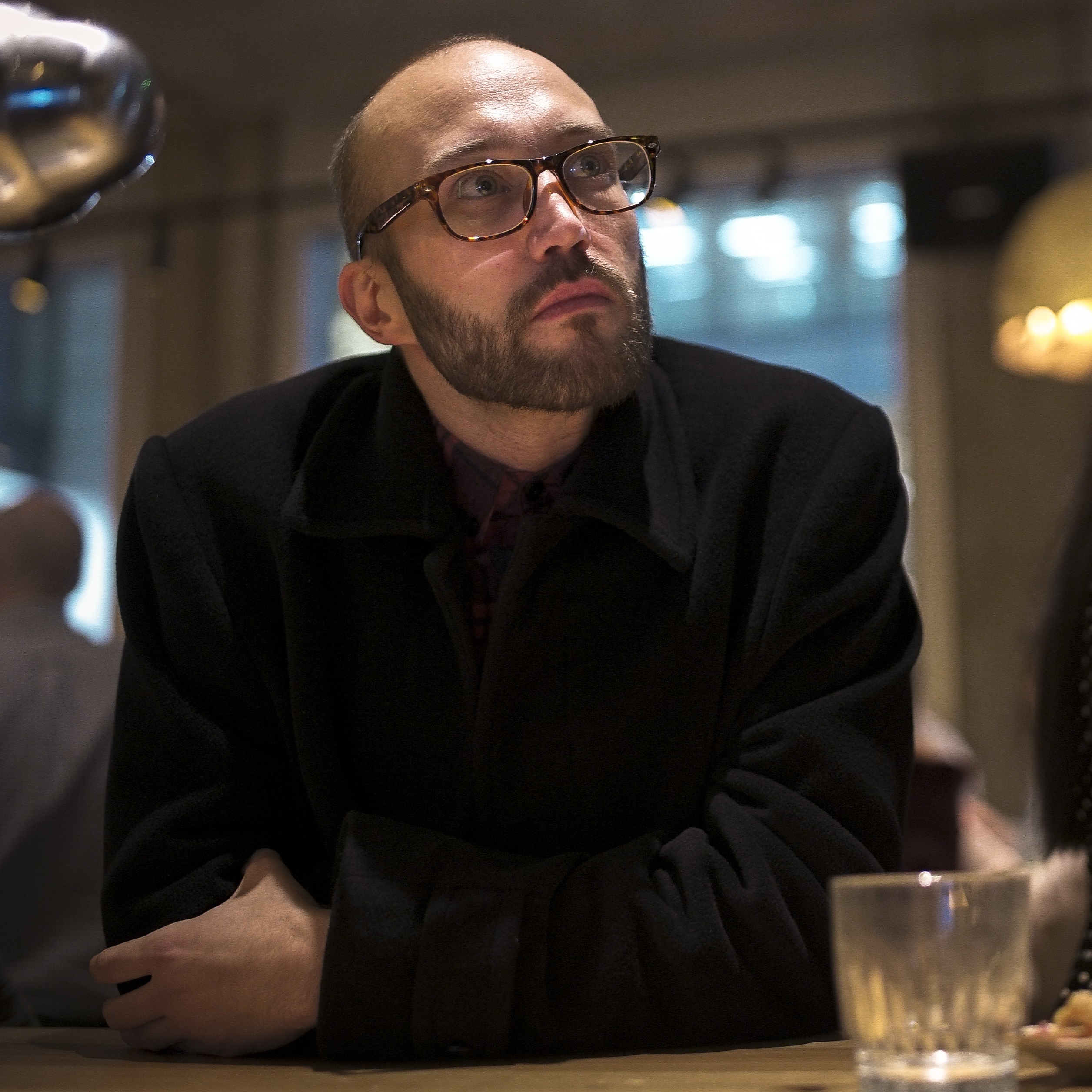 I hate opening with statistics – unless of course, they’re jaw-dropping. In its first month, a recent found footage video called The Backrooms hit a staggering 15M views after its upload to YouTube. That’s a reach of roughly half a million hits every day. And let’s bear in mind, this isn’t the latest drop from Ariana Grande, or MrBeast putting mainstream entertainment to shame through sheer blood, sweat and production spend. This is found footage horror, a genre that in the internet’s early days was, prior to the zeitgeist smash hit that was the Blair Witch Project, a frail novelty. Even after Blair Witch’s cult success, found footage eventually came to be regarded as something that Gen-Xers and Millennials would eventually just get over. Everyone would just go back to making horror the good-old-fashioned way, surely. And many did. But the internet has never been good at following norms, or conforming to predictions, for that matter. Found footage hasn’t been relegated merely to late-90s-early-00s shelves as many might have assumed – it simply found a new home.


Though there is, of course, still much love and nostalgia for the origins of found footage, it is Gen-Z that has given it fresh new robes, made it their unsettling internet king, and dubbed it analog horror. A great identifier that it is predominantly Gen-Z behind the wheel is that Kane Parsons, the original uploader of The Backrooms, is himself only 16 years old. To think that a 16-year-old created one of most convincing, super-slick pieces of content the genre has to offer is a testament to how invested teens and young adults are into pouring their oozing creativity into this spanking-new genre. Considering that your correspondent here is more than double Kane’s age, it’s nothing short of inspiring.


I would be remiss of course not to clarify that though all analog horror (hereafter AH) is rooted in found footage, there are elements that have come to be emblematic, setting more memetic distinctions between it and its root genre more generally. From a purely aesthetic standpoint, the clue is in the name: it is found footage that has been ‘discovered’ from a time when recording and editing equipment was still predominately analog in nature. The videos tend to have that ineffably satisfying VHS-style film grain that most of Gen-Z will not remember but, perhaps out of a lack of nostalgia, maintain a persistent fascination with. It must of course have a horror-based or at the very least ‘creepy’ narrative, and usually, that narrative is inherently cryptic in the way that it’s told. In the same mode as popular online ARGs (Alternate Reality Games, something of a parallel phenomenon to AH) the overarching story is never spoon-fed. Quite the opposite, in fact. No, to get the full, meaty morsel, you’ve got to dig your hand way down into the jar all by yourself. This is because there is often a level of what is narratively referred to as diegesis, wherein what is presented is only a fraction of a greater whole we cannot see.


And yes, I can hear you in the rafters clamouring like a starving simian demanding, “Yes, but what started all of this?” Though the codifying oeuvre could well be argued over, there is certainly a standout success that inspired much of what we know the genre now to be. Cycle back only so far as 2015, and you would have been able to find the first video in a series called Local58. As with many premises in the genre, the videos are on a surface level a resource or broadcast from an organisation which may or may not still exist in the fiction’s universe. In Local58’s case, it’s your all-American local TV station, except that beneath the thin veneer of rinky-dink scheduling, the once-broadcast features are first suspicious, then nefarious, and eventually, otherworldly so.


Every Local58 video is usually based on a particular feature, such as a macabre children’s cartoon or an interrupted weather update, but also include instances such as one where the broadcast is ‘hijacked’, inＬＯＣＡＬ５８ＴＶ - You Are On The Fastest Available Route. Piecing together all that we’re given, the overarching narrative is that humanity has found itself at the mercy of some Lovecraftian extra-terrestrial force that uses the moon as a vessel, and those who even so much as look up the lunar disc are destined to turn mad by the revelation. No element of that breakdown is ever explained explicitly, but that is largely the story’s appeal. Ingesting and slowly gestating this fiction over time is part and parcel of why it gets so much love.

The Backrooms, of course, falls well within the remit of what AH is, but it also brings with it a flourish of scale and visual effects the likes of which the genre hasn’t even come close to seeing before. In comparison to any and all contemporaries, The Backrooms is out here defying gravity. Unlike Local58, the series brings its beast up front and centre, right in the debut video, yet as is par for the course for early days in any AH series, its origins are still shrouded in mystery. While Local58’s horror is mostly in the form of cryptic messages relayed in a station’s (supposedly) usurped broadcasts, The Backrooms takes us to the eponymous place, where by the steady hand of an analog recording we see the limbo-like halls first brought into imagination when an image of an ‘unsettling room’ was posted on 4chan back in 2018. In this sense, the origins of The Backrooms as a concept mirror that of Slenderman, which also spawned as its mythos by merit of a single image, in its own case via a post on the Something Awful forums.


Scene from The Backrooms

In the few years now since the first of Local58, the genre has developed so much that there are too many AH series to effectively document in one article. Special mention should be made for The Walten Files and Gemini Home Entertainment, both of which have experimented with and broadened what the genre offers, but nothing compares to The Backrooms. The immediacy of its popularity, and even more so it’s studio-level production value, cannot be compared to what TV Tropes tallies as 38 other notable series in the genre. The Backrooms is special not only because it ushers in a new era of the kind of production value that should be aspired to, but also the shift of format that that value enables, with effects that allow a creature with real shape and voice to step unbidden into our latent imagination.


After reading this, you will want to check in on The Backrooms upload page directly, as the story for Parson’s take on that universe is anything but resolved. By what he has given us so far, it would be no stretch to say that this is only the beginning. The recent uploads at the time of writing, Informational Video, Autopsy Report and most recently, Motion Detected, answer almost no questions, but raise many, many more, which evidences that this series is not going to be a meagre flash in the pan that no one talks about in a year. This series is arching to achieve that most-prized of accolades: genre-defining. And of course, what’s so exciting about Analog Horror is that as part of the web series space, a new video could drop at any time. This only builds on the anticipation for what’s coming next. Who knows what or when, but when it does drop, there’s hundreds of thousands ready to dissect the mystery beat by beat and frame by frame.
There are links below to each AH series mentioned in this piece. Explore to your hearts content—that is, unless your heart gives out:
The Backrooms
Local58
The Walten Files
Gemini Home Entertainment 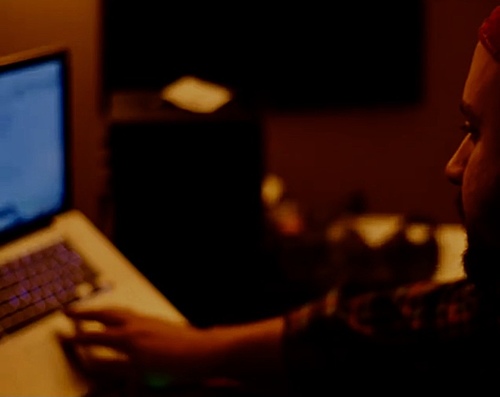