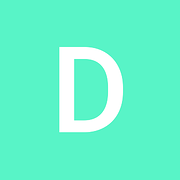 
Singer Songwriter, performer & producer David Shurr has a new & robust single gracing the airwaves later this November. From the jangly-pop guitar hook to psyche-swirl-fuzzed flute solo in the outro, David Shurr is taking serious chances with this production; unashamed of his coffee shop acoustic roots yet determined to rival the popular one-man productions of Tame Impala, Kurt Vile & Mac Demarco. The music video for this single features photography of David's recent tour of the USA where he performed alongside renowned artist Matthew Gallagher in NYC, Philadelphia, Washington D.C. & Los Angeles. “Forever & a Day”will be available publicly on all major digital platforms as of Friday the 22nd of November 2019 (the song is featured below in two pre-release links for both audio & an official music video).

This single carries a similar tonality and theme to David's recent releases this summer: "Black Magic" & "The Thread Connecting Us", the former of which landed him some airplay & review on the popular music blog Fresh On The Net. Raised in South East Asia, David Shurr has a keen ear that combines ethnic musics with sounds reminiscent of the most beloved British songsmiths. All of his work is written, performed, recorded & produced independently within the comfort of his own home, that goes for the videos & artwork too.

Posted by Dave Shurr follow
More from Dave Shurr
Explore Videos
All the latest videos from our community members
NOW PLAYING
00:00 00:00
Playing Next