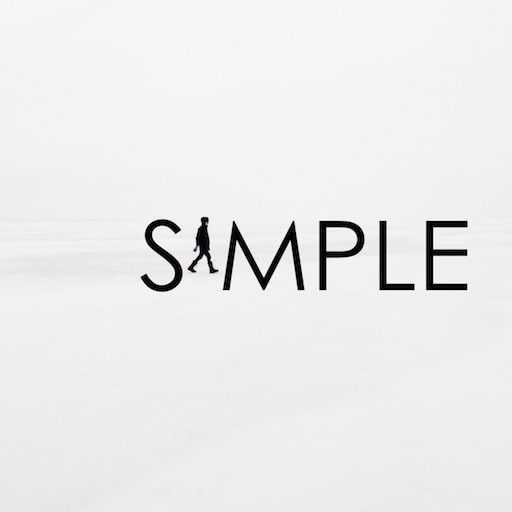 There are artists, and there are Artists. We sometimes have to catch ourselves even using the term at all, as pop music is such an ephemeral process – a half hour’s writing can slay us for decades – that it seems ridiculous to say it is anything more than instinct, a tune you can hum and a frequency you can fall for. But that can still be the Artist’s instinct. Pop can break your heart, but it’s also easy to adore, and crowns a handful of musicians who make that accessibility worth thinking about. Frank Ocean is one of them. In a noisy, oversaturated world, he is the closest we have to a saint – a reclusive, patient soothsayer to the human heart who quietly steps out of his bedroom to tell us how much we deserve to feel wanted.

In R&B, and pop more generally, Frank is incomparable. The more meaning we lay on him, the more meaningful his silences seem to be. No digs, jokes or Twitter splurges: we barely know him through a screen or soundbite, but his music does all the talking, and it’s good enough to render his isolation as a symptom of purity, like a bird of paradise that loses its magic when we stare at it on the branch for too long.


But that’s cool. He’s aware of it too. As ‘Futura Free’ tells us in spiralling fashion, Frank Ocean knows he is revered, that the smoke of worship can rise to his head a little between Tumblr posts. “Jay hit me on the email, said I gotta act my net worth,” we hear as Blonde drains to an honest appraisal of the God complex we’ve helped him assimilate. “You could change this track now.” He dares us to lose interest, though Frank fans never do. We’re in a strange position because his songs are so intimate, yet the man himself is so distant from the rapacious machine of media consumption. Maybe that’s why we struggle to explain why Ocean is incredible – we just want to listen and drift, enjoying the void of anything but his output.

Still, I’m going to try and sum up why Frank is the golden boy, today’s thumbnail for pop Artistry and worthy of all we burden him with.

You could start with his falsetto. It’s the A-bomb, the kill switch – a grenade he can cook for two or three minutes before finally tossing onto an emotional beat at the exact right second. ‘Bad Religion’ is the urtext: a snap into soul-searing pain through the longest, tenderest cab ride, determined to break from a one-dude worship that isn’t going anywhere. It’s the reason why people still play ‘Think About You’ to their dates whilst popcorn chicken spins in the microwave: an immense love bug in flight, effortless and never overused, capable of trashing hearts as it squirts cream through your ears. Drama, essentially. Instant romantic gratification. His falsetto plays perfectly every time, from the organic version of ‘Nikes’ to ‘Strawberry Swing’s upswells and self-duelling.

Second – his melodic climaxes. I’m talking about ‘Solo’, ‘Provider’, the whistling outro to ‘Forest Gump.’ Most definitely ‘Self Control’ which has one of the most gorgeous ascendancies this millennium. When Frank Ocean wants us to stop, breathe and surrender, he dials up the studio work to give us moments of total, unexpected bliss, so you can never really tell where his songs are going. Endless almost snapped the limit of his meanderings thus far, while the back half of Blonde breaks into hazier, freeform compositions that never feel as if they’re toeing around without a point. When the hooks strike, we’re floating too calmly to expect them.


He has a bunch of blockbuster singles too. Yet Frank is invested in albums – their peculiarities, their patience, the craft of interrelation. Themes crest and bubble through Blonde and Channel Orange that place the momentous stuff in context whilst encouraging you to buy better headphones for the details you may’ve skimmed (as all awesome music arguably should). Anybody can get into Frank Ocean on first listen, yet it’s even more delightful to sit down, hit replay and do some detective work. Like how the whirly synth run in the middle of ‘Pyramids’ resembles a time machine, or why the harmony on ‘White Ferrari’ doesn’t quite sync with the lead vocal, reflecting two people on separate roads, their own emotional highways.


‘Pyramids’ leads me - deservedly so - onto lyrics. Double-speak and interpretive enunciation are everywhere in Ocean’s discography, as are well-told stories. He has Paul McCartney’s knack for creating characters that are emblems of something much larger, and a pinch of Mark Kozelek’s random life littering, whether he’s referencing the Chris Brown punch-up, his jobs as a kid, a summer relationship or Hurricane Katrina. They all build to very specific ideas, and some epochal ones. ‘Pyramids’ is a standout because it surmises 3,000 years of female exploitation in 11 minutes. “Big sun coming through the motel blinds. Wake up to your girl for now, let’s call her Cleopatra […] Catch her, she’s heading to the pyramid, she’s heading to the pyramid tonight.” A name? It doesn’t matter; she’s a just-pressed jewel. Cashmere, gold and diamonds dress the chains of male ownership. A pharaoh and a stripper aren’t too dissimilar when men seek to claim them for pussy, ensuring female power is only a performance that runs as far as a man allows it to.

“Provided, diamond lane that didn’t exist.” “Ain’t no bitch in my body.” “Too many bowls of that green, them Lucky Charms” . . . Line to line, Frank’s lyrics wriggle with several possibilities, the poetry of hip hop bolted to minimalist soul construction. And that minimalism, by its nature, helps you focus on every word.

Finally, there is his message. Pharrell once said that the symphonies from the former Lonny Breaux, this ghost-penning graduate who becomes less solid and more wonderful with collective releases, are “probably the closest thing to a writer’s perfect exemplification of the unconscious. All the songs are like movies. All you need to do is close your eyes.” When we shut down and absorb Frank entirely, I think Pharrell may be right – it’s the whisper of a philosophy you feel you’ve been waiting to hear forever beneath the grind of work and sadness.

Like The Beatles, Frank Ocean posits that we’re fit to soar across the universe as long as we grow and expand the concept of love beyond self-interest. The movie has a fiercer clarity if we aren’t billed as the star. Affection ain’t a masturbatory impulse. It can be generous, amorphous and scary. So give ground. Learn where you went wrong. And let every day catch the night with tales of how you grew taller.