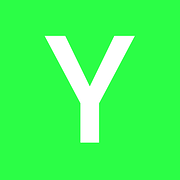 Yemima Kebede
follow
like
There’s a picture of a girl in my head.
She’s about my age, my height, my weight, and my skin color.
I see her in my mind,
but I don’t believe she’s me.
She is looking at her reflection in a mirror.
As she looks, instead of loving herself for the beauty that God made her to be,
she looks at herself differently.
Instead of seeing herself as beautiful,
she sees herself as ugly.
Instead of talented, she sees worthless.
Instead of God’s beauty, she sees herself as if God had made a mistake, even though he never makes mistakes but she’s too traumatized to remember that.
She started to believe the lies that were told to her, instead of not believe them.
I see her in my mind,
but I don’t believe that she’s me.
As she stares at herself in the mirror,
tears fall from her eyes
because she starts to recognize
the scars that cover her body with lies.
Lies that were told to her
from words that were formed to hurt her.
Words that were told to her
from people who wanted to hurt her.
People with a cruel mentality,
who wanted to damage her mentality.
So she started to believe
all the hate and lies that she received.
I see her in my mind
but I don’t believe that she is me.
Now, she has been scarred
both mentally and physically.
The scars cover parts of her arms, legs, chest, stomach, back, and even a few on her face, but especially in her mind.
Because of all the hate and lies she received
and decided to believe,
she has been scarred by both others and herself.
As I kept thinking of this depiction
that somehow fit in my mind,
I started to have a feeling of affliction.
This wasn’t just any random description
of the depiction of the scarred girl in my head.
I see her in my mind,
but I still don’t believe she is me.
Until I realize,
that I started to recognize
the scarred girl with the scarred mind.
This was more than just a depiction
of a specific description
of a girl filled with affliction.
This was a memory.
I mean my memo—-
No I mean her’s—-
I mean mine——
I mean...
I see her in my mind,
I don’t believe that she is me.
Mainly because I’m afraid to admit
something that I’m struggling with.
I mean she’s struggling with—-
I mean I—-
I mean she——
I mean....
I see her in my mind,
and I realize
that maybe she is me.
I say “is” instead of “was”
because this memory
is still present day for me.
I am the girl
who cries while looking at herself because she thinks that she is a mistake,
while God is crying when looking at her crying because she doesn’t see the true beauty that he made her to be.
I am the girl
who hated herself before she even learned how to love herself.
If you see me smiling,
it’s because I’ve learned how to smile through the pain.
I don’t cry out loud anymore,
because I’ve learned how to cry so quietly that sometimes I don’t realize that I’m crying.
I see her in my mind,
and I finally start to believe that she is me.
She’s always been struggling—-
I mean I have—-
No I mean she’s—-
I mean I—-
I mean....
To be honest,
I’ve started to heal from my wounds,
but that doesn’t mean I’ve made a full recovery.
Just because I am able to heal,
doesn’t mean that I’m healing quickly.
like
Liked by 0 community members