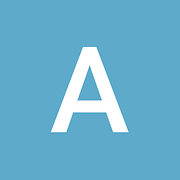 Alice
follow
like
The sari is traditionally made up of three pieces of material. All pieces are a continued, woven, four to eight meters of material, designed to be wrapped and draped in a way that covers both shoulders and knees. Saris, especially the Banarasi sari, relies on the fine materials of pure silk, gold and silver thread, ultimately making them the finest and most admirable in India.

This brings me back to initially what “sari” meant to me and perhaps where I first gave roots to this word. My primary school was a diverse and multicultural one. Much of my school’s diversity came from an Indian, Pakistani or Bangladeshi background, whether first generation or more. Their mothers would often wear saris and I found myself not questioning, but simply passively accepting this form of dress worn by women of these backgrounds. It is here that saris became a costume for those whose culture it was not, as at age five my class had the opportunity to dress in saris as a practical learning experience. Despite the dress up, I seemed to have missed the relatability and admiration for women who found beauty in another form of fabric, and not just jeans and a t shirt.

Varanasi, a city located in Uttar Pradish, India, is regarded as one of the most sacred and pilgrimed spots along the banks of the river Ganges. The Ganges now plays an integral role, religiously, to the people of India as well as tourists. This river is the personification and embodiment of the god Ganga who fell to earth to rid the world and its people of sin. Although the river is what mostly brings its tourists to Varanasi, Varanasi has developed in a holy trade spot for textiles, flowers and other commodities. I went to see the origin of the Banarasi Silk Sari, not only see the production of one of the most admirable saris in India, but to understand its significance. I wanted to explore these saris in a contemporary, urban culture and setting as well as its production and the community behind it. All clothing and textiles have an origin and recently our generation is questioning more and more where our clothing comes from. The development of fast fashion has become a means to forget the art of textiles and replace it with “fashion”, which falls in and out with the seasons. My generation, most specifically in the west,  now understands the fundamental flaws of fast fashion ultimately we are becomonb less ignorant and more intrigued in where fabrics, design, production, manufacture etc originates from. Not only did I want to see traditional practices of a widespread culture in the twenty-first-century, I wanted to level with women from alternative cultures in a means to find a commonality.

With this in mind, it was important for me to enter this setting with an understanding that the production of the clothing will never be as beautiful as the final garment. Furthermore, not to enter this setting with predisposed ideas on saris or to let my borders of a “privileged” (subjective), tourist blur the lines of what fundamentally I am: a woman. I asked myself to find my place within this narrative, to truly understand the beauty and what it must be for women in India and abroad to understand, hold, wear and feel these saris.
In a mogul Muslim community among Varanasi’s Hindu majority there are over 790 Muslim houses that work in producing the silk woven, Banarasi saris. This initially is contrasting as saris are a Hindu’s form of traditional dress. However, Muslims and Sikhs that also make up India’s majority have adopted this clothing, allowing the success of this Muslim community. Initially, I saw cramped, noisy and smelly houses that resembled the history books in state school England, inherently showing my borders between myself and these people. However, as I dropped my difference, I could see these streets as a bold community run by generational knowledge and family business. This altered my perception again into understanding that not only is this tradition, but it is pride, as weaving is both trade and community.
Among this community of houses, I met two types of weavers: one who still worked traditionally in hand looming and the other who operated the modernised, automatic machines. The loomers worked 8 hours with 2 hours accounting for food breaks. Their work appeared tedious and monotonous, but many do not have a choice in choosing a different trade or career as poverty is strife and familial expectations are pressuring. Pressure from the fathers in these communities force their young men to continue tradition and family business, in particular hand looming, as the art of hand looming is dissipating due to the rise of mechanical looms. However, many young men are wanting to expand outward into a developing India. With half of the Indian population being under 25 and a rapidly growing economy means India’s future will be far distance from its traditional roots.
Despite a modernising superpower, the saris I saw in production were glowing in colour from oranges to greens to pinks; the femininity I held to me adorned over these and although I would probably not find myself wearing one, I can recognise the beauty and power in owning one. We were explained a metaphor of which described a phone not being able to function without a battery, similarly for a woman without a sari: simply she cannot feel charged or alive. My female narrative became my main vision here and I began to relate to the power our clothing gives us, both in dignity and style. Its apparent to me that despite me living in separate borders both politically and culturally to the women of India, I found the ability to communicate with people without language, but through clothing. I have always held clothing and textiles as a passion of mine, but I did not really value the true extent and art behind textiles until early this year. Seeing the Baranasi community allowed me to explore the true extent of and lengths generations of families will go through to produce quality material that make not just women, but people feel alive.
This fact illustrates further how significant saris shape and clothe not just the women, but the people of India. In a study of fifty Indian females and fifty Indian males, one hundred percent of women and ninety two percent of men said a sari can be worn by anyone. Despite the sari being closely associated with femininity, its entirely untrue that the sari is reserved for women. There is a variety of different styles of saris that clothe and shape India, with the Dhoti being the national dress for men and became the iconic silhouette of Mahatma Gandhi. Although I recognised the traditional dress for Indian males was different from the majority of men I saw on my own streets, I had not realised it was also another form of sari. As for the eight percent of Indian males that disagree that a sari can be worn by anyone does this mean that only women should wear them, as my own predisposition told me? Or did it mean only the people in the culture in which the sari belonged to can wear it? In the latter case is there required permission to be able to wear a sari if my culture is different? I am unsure on this, however it is evident the majority of India believe the sari is for everyone, which has educated me.

With an emerging superpower it is important to understand the development of the sari and its importance within an urban context. In London alone there is a two-day event dedicated to the Indian Fashion Week, this year held in November. The establishment of the Indian Fashion Week is designed to tie the strong roots of the ‘British Asian’ community together, most significantly displaying wedding wear over street wear. They have boasted that ‘15,500 Asians in the UK came to experience east-west fusion’ in their first-year last year. Despite just wedding dresses, there is the evidence of a new dialogue forming between the traditional saris with urban alterations. It’s here that the rapid growth and momentum of fashion both from east to west is hybriding. The Economic Times reported in 2018 that ‘The saree sees (saw) a shift in the urban context as women pair their nine yards with t-shirts, sneakers.’ This for myself is refreshing as it demonstrates diversity and empowerment in women. This signifies that saris are still held close to native hearts, with ninety-four percent of Indian women and eight-four percent of Indian men agreeing they would be sad to see the sari disappear altogether. It’s both positive and refreshing to see the sari being redesigned to streamline within both western and eastern fashion, and to still perpetuate the family traditions of hand looming.
In regards to where this journey began, I have found myself more engaged and involved in the beauty of textiles and its importance to its creator and to its wearer. I have explored, perhaps not in depth, but enough of the production and the work laboured into these garments. These men are husbands, uncles, grandads, sons, fathers, nephews and they hold up an industry that clothe not just the majority of India but globally. Beauty can be found within both post and pre-production, from programming the machines to a design, hand looming, bobbin winding to a final product nationally and internationally sold. With the migration of eastern families settling into a country I only know, they have stripped the barrier between east and west traditions. Its impressive to now see 8 ft of material can hold so much linage, heritage, controversy, acceptance and beauty.