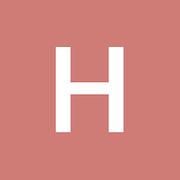 Henry Ellis Williams
follow
like
Which way I fly is hell; myself am hell;
-Milton
Blossoms fell by garden gods
With harsh metallic boots:
The boots that clasp around the legs of men
Already dead with pride, a
Meager mosaic described in ancient
Embers, still white,
Still bursting with
The white heat of war.
Boots of the hillock are laden with fresh rain;
Men that cramp the muddy earth time
And time again are
Hungry for the stain of bloody earth to align
With the orchard of red, red apples hung from trees,
As if the seeds within were already pregnant
With the lost credo of the repugnant daytime flowers,
Blossoms themselves, already trampled by the eyes
Of thieves.
The boots stop once
Again in the moonlight air
Beneath the disrepair of broken branches and salt crevices of the eastern sea.
The chasmic orchestra of roaring thunder crashes over the rocks;
In the swollen-caved cliffs the sounding notes lock lips
With the coast. In the distant rising moon reflect the sailing ships
That ebb upon the glass from which the sandy edges sip.
Below the lunar rise the garden gods will cast
Their dripping worries in the everlasting swells
In hope that this their oracle
Will meet them well.
Within the diadem of pearl,
The sleeping sons of earth now curl their lips,
And, meeting fate with fear,
Their flags unfurl.
The eagle rises fresh from farthest dune
To arch its bleeding throat, and whispers,
“Soon.”

*Author’s Note: The title refers to the final rite of passage of United States Marine Corps recruit training, a 54 hour event which includes food and sleep deprivation, as well as over 45 miles of marching.