Sex sells — and it’s not your fault 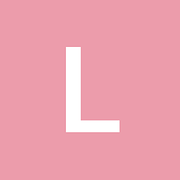 Louise Devismes
follow
like
… or at least it attracts your attention, which increases the chances of you purchasing the product advertised. The bad news is, there’s nothing you can do to fight this primal instinct, for it has been engrained in your brain since the beginning of times. The good news, now you can stop feeling guilty about it.
Indeed a very comforting theory assures it happens to the best of us. Paul MacLean, an American neurobiologist proposed in the 60’s a model of the evolution of the brain called the “triune brain”, that would explain those shameful urges. Now the part of this complex triple brain that interests us is the reptilian complex (also known by its less fancy, scientific name : the basal ganglia). Being the oldest one in the History of evolution and responsible for our survival, its main concerns are three things: food, danger, and you guessed it, sex. Obviously, it operates on a subconscious level, but even if we don’t notice it… it is constantly scanning our environments for things to eat, things that could endanger us, and things to have sex with -how funny it may sound.
Now that we know there’s nothing we can do about our most basic instincts (pun intended), let’s see how advertisers (who of course know all about the ways we respond to visual stimuli), use this to their advantage. One of the most obvious examples of the use of sex in advertising is for perfume. In advertisers’ defence, selling perfume is no easy task — how to describe an odour on glossy paper? The sense of smell is a particular one, as odours are often associated with past experiences, and are strongly linked to olfactory memory. Perfume must be associated with something else, often a dream world where all our fantasies will come true, and that’s what is advertised. Social Sciences doctor Jean-Marie Floch called it “mythical advertising”: when meaning is given thanks to our imagination or fantasies. This sort of ads work thanks to a strong structure, in which sometimes the product is only a pretext to build a message around this world the fragrance suggests.
So without further ado, let’s now look at what we’re all waiting for: sex in ads.
Don’t be disappointed: I assure you, subconsciously, your lizard brain is doing backflips right now. Let’s start with the obvious: the predominant colour, red, is universally recognised as the colour of passion. The background, the model’s open plump lips, her jewellery, make-up, down to her sharp nails. She’s wearing lingerie and looking directly at us, establishing an intimate relationship reinforced by the proxemic code, which is a study of social distances and their meaning. Here, she is standing less than 45 centimetres away from us, which indicates intimacy. It is almost like an invitation to join her, with her hand closer to us than her body and the perfume bottle on it like she’s offering it. The bottle, almost shaped like an apple, and the long necklace covering her almost like a snake, make her the Eve that succumbed to temptation and wants to lure us as well. Overall, this seduction game can only have one ending, and we already know what it is.
This print ad, also by Dior, is more explicit. Everything here screams sensuality, from the parted lips to the hands removing earrings and dress. The collar bones and breasts form an X that points to her neck, another sensual element, and also the area where women put their perfume. Even the bottle strangely resembles a sex toy when you pay attention to it. What the brand is selling here is not only the fragrance, but an invitation to the pleasure supposed to come from its use.

This ad starring Cara Delevingne was banned because of her position and her blank face suggesting she was completely obedient and defenceless. Notice the open lipstick, phallic shape between her bare thighs. This ad may not be for a perfume, but it uses the same codes.
You may have noticed, every single one of these adverts is constructed the same way: model on the left, product and name on the right. They all follow basic rules. Our occidental eyes naturally go from the top left to the bottom right on pictures, hence why the model always points us to the advertised product (a leg leading to it, an arm, a hand), lower than them, on the right. A product being placed on the right can also subliminally be associated with the future, opposed to the left suggesting the past and the middle the present. On all three examples, we can also see all images are made of curves, and that’s because they’re targeting women. Men’s adverts on the other hand, are made of straight lines. Once again, this is all very obviously linked to sex, women’s curves and men’s strength and um.. erect lines.


Take a look at these perfume adverts and try to decipher the codes.
Waves and tunnels for chicks, horizon and vertical lines for dudes. Always, the model above the bottle, indicating us to look at it. Some brands try to show some equality and advertise both together like Jean Paul Gaultier, but even then, the difference in the doors, and the lines on the sailor lines and tattoos don’t foul us.
To end this take on perfume advertisement techniques, here is one that I find particularly shocking and that was banned in the UK:

Dakota Fenning was only 17 in this picture for Marc Jacobs, and with this overexposure looks about 12. Dressed like a little girl, straight blond hair, big blue eyes, innocent look on her face… holding a giant perfume bottle between her legs. It goes without saying this is VERY suggestive, and let’s not talk about the rose on top of it and what it can also refer to. The very name of the perfume “Oh Lola!” can sound sexual with this exclamation point, and confirms the reference to the Nabokov novel. Underage girls with references to penises, vaginas and pedophilia… strange things to want to associate your perfume with. This ad is on another level of sick.
Marc Jacobs declared he did “not think this ad suggested an inappropriate sexualisation the considering it didn’t show any genitals or sexual acts.” I’ll let you judge of that.
Sources:
http://asl.univ-montp3.fr/e31slmc/cours/powerpoint/E33-Presentation-1.pdf
https://www.persee.fr/doc/colan_0336-1500_2002_num_132_1_3144
https://www.psychologie-sociale.com/index.php/fr/dossiers-de-lecture/30-la-proxemie
http://psychologyformarketers.com/sex-and-marketing/
https://studylibfr.com/doc/4615805/analyse-de-la-publicite-pour-le-parfum-j-adore-dior--de-l
http://lesensdesimages.com/2013/05/25/analyser-une-publicite/