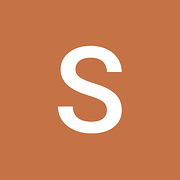 Sebastian A Dunn
follow
like
I remember the first last cigarette I’d smoke
Early September, outside the hospital, I was soaked
The rain clouds meant there were no stars to see
The nurse on rounds wouldn’t say how ugly my scars’d be
On my lonesome, holding my two blood drainage bags
Fingers frozen, all to smoke a couple fags
A victim to addiction, self-pity is my other method to cope
But with conviction, I denounced dependency on tobacco
But as I overtly foreshadowed, it lasted three days
I remember the first last night I’d drink and drive
Still an unpunished offender, I hate myself for it every time
Ashamed to admit it, but I thought what’s the harm in just a ride
The worst crime I’ve committed, convinced myself it was justified
Already twenty two, but I’d not long passed my test
I’d had a few, and getting drunk makes me depressed
I need to be alone, I’m only tipsy and still alert
So I drove home, only lucky that no one got hurt
A lesson still unlearnt, I did it again a few months ago
I remember the first last message to the one
Something I had to send her, then she was gone
She must know how I’m feeling, if this is the last time we speak
Thought it was the real thing, she didn’t but we still spoke every few weeks
It turned in to every few months eventually
I remember the first last day of my life
I surrender, the first last note I would write
This one I really believed, and believed again the next weekend
Maybe I was naive, thinking two attempts wouldn’t worry friends
It’s been two years since then
#Poem#Poetry
like
Liked by 1 community members