MERAKI20/21: A project by Rhys Wilkinson 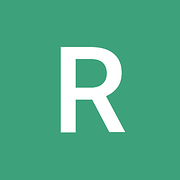 Rhys Wilkinson
follow
like
MERAKI was a project I started 3 years ago as an umbrella for all of the short dance and musical films I wanted to create since then we have had 19,20 and now this year 21. A little bit more about the origin of the project. I chose the word Meraki as it is a greek word meaning to do something with soul, passion and creativity and the use of greek language is because I holiday there every year and no where else in the world do I feel more creative.

Since starting the project I have created 6 short dance and musical films. The first 3 I created myself on my camera and had an absolute blast but knew that I wanted to go bigger, bigger production value, bigger locations, bigger advertising and more importantly bigger stories to tell!!

So that's exactly what I did...

Then lockdown happened but it was exactly the time I needed to plan my first professionally shot Dance Film. 4 months later i had planned my first two short dance films and as lockdown began to ease in the summer of 2020 Having researched all of the health and safety pre-cautions known to man; storyboarded the films; edited music; found dancers; sourced costumes. Using money I had got  working every second I could whilst attending drama school in London. I hired a DOP, set some dates and made it happen!

My First project was a commercial dance film entitled 'PNKRKR'


DOP - Chris Brooker
“In a world infatuated with technology and a society where unjustifiable oppression still exists let us not forget the hippies and punk rockers who came before fighting for the same things we do now. Peace, Justice, Equality, and a world in which to live life to the fullest.”

My Second was Musical Theatre Film  entitled 'Pippin'
DOP - Chris Brooker
Giving you my take on one of my favourite songs from Stephen Schwartz’s Pippin. Bringing you 8 individual and empowered leading players, a character I have been FASCINATED by since I discovered the show and taking you on the journey of the song in a point of view style as if you yourselves are Pippin - enjoy!!

And my first Short Musical Film of Meraki21 : Sunday

DOP - Chris Brooker
A musical short portraying thoughts and feelings of people heading outside or meeting others for the first time after months of having most human connection removed from our everyday lives. Using one of the best pieces of musical theatre writing Stephen Sondhiems ‘Sunday’ from Sunday In The Park With George. This is a cinematic tale of hope, connection and pure human emotion.

I hope to continue to create more and more - Sharing stories and experiences with the world through Film.

Have a wonderful day

Posted by Rhys Wilkinson follow
More from Rhys Wilkinson
Explore Videos
All the latest videos from our community members
NOW PLAYING
00:00 00:00
Playing Next