Zelensky Gives Ukraine Its Close Up 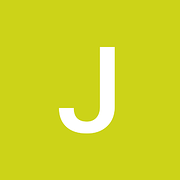 
It is spring in Kyiv, but there’s a cover of snow. It dusts a fat fern tree. A van stands alone, stares at grey buildings, windows with a high cross frame like a just-slipped barricade. And cutting the frame, to the right, are sandbags. “This is what spring looks like,” says President Zelensky, head lifted lightly to the camera. “Spring is harsh.” A cloud slithers behind concrete. Something is running – water from a tap or hose. “But everything will be fine,” he says. “We will win.” A wink. As easy as your dad tossing you a peanut. A wink that says, Of course, we’re bound together.
This video, from 8th March, told us the Russians were wrong again. Zelensky hadn’t abandoned the city. Far from it – he was mining metaphors. There’s the man in the cold: calm, charming, looking fresh, dressed in a hybrid shirt and fleece of the forest-green military. They were wrong 10 days earlier too, when the Russian State Duma Speaker, Vyacheslav Volodin, announced he was long gone. “Zelensky hastily fled Kyiv,” Volodin said on Telegram. “He was not in the Ukrainian capital yesterday already. He fled to Lyov with his entourage, where he and his assistants were provided with accommodation.”
Nope, Zelensky revealed that Friday. He was in his office. And there were the decals, gold doors, paper stacks to prove it. “We like jogging,” he said straight-faced, “but we don’t have time for that, for various cardio exercises.” A cabinet member waved. “Working. Glory to Ukraine.”
Three days later, he’d post another video – this time from behind the desk. It has set the template for more traditional statesman addresses, each debunking Putin and digging fingers into hearts. In one of them, he urges Russian soldiers to reckon with themselves. “We hear your conversations in the intercepts. We hear what you really think about this senseless war, and this disgrace, and about your state. Your conversations with each other. Your calls home to your family. We hear it all.” His head bobs with understanding. Surrender, he offers, and be treated like a person, the very thing you yearn for. Zelensky’s voice is even, dotted with precise pauses. A hand rests on the desk while the other points, pancakes or slices the air. He mentions world leaders who are going to bite harder with sanctions on a country that is committing grievous wounds – far more than any it might cause in Ukraine – on its own organs. The madness. The ghosts of Chechnya. These facts are raised like a firm arm out of fog.


To say that Volodymyr Zelensky is rising to the times is an understatement. He is positively reshaping them. How many elected officials would’ve hidden in a bunker by now? Gone dark? Flapped unpersuasively in Kevlar, or sped to the gardens of foreign friends? Ukraine’s president, only its sixth, embodies a courage few of us have ever seen or thought possible anymore.
Three years ago, he was a funny man with crinkle-eyed bonhomie; a sketch comedian since the late ‘90s; victor of Dancing With The Stars and a fleet paso doble; the voice of Paddington Bear; a piss-taker with a leathered-up song about gay Cossacks on his CV. For God’s sake, he played a piano with his penis. Like other celebrities worming into political life, we had no right to expect much else. Even to give a shit.
Actors, entertainers and social stars are no longer a quirk of public office, but a crucial element of the contest. They are the dark horses bred on the best hay, adept at mugging for photos while never seeming to, flaunting t-shirts at galas, sniping rivals in eight-second clips, and saying the unsayable (the last of those informing a Stewart Lee routine on Ricky Gervais, who on trying to say what none of us can, puckers his mouth like a defeated anus).
Are you surprised? Personality has always had the edge over principle. That’s barely worth writing. Except now, we are personally affronted by the unknown. We are fed up with distant, bloodless men and women claiming to know what we want, nudging a dial before they scramble for a consultancy gig. “On a slow news day, we hung suspended from meat hooks, dangling over the abyss,” writes Patricia Lockwood in No-One Is Talking About This, a book intimately concerned with our lack of moral expectations. “On a fast news day, it was like we had swallowed all of NASCAR and were about to crash into the wall. Either way, it sounded like something a dude named Randy was in charge of.” The crash is spectacular. We feel it. And personalities crashing around, telling us what they eat and who they’d shoot, well, that’s worth a vote, because nothing else seems to pay off.
For a while, America was the ice-white standard of smiling insouciance – the land of Trumps and Reagans; of governors who’ve wrestled villains on pay-per-view; of Ambassador to Ghana, Shirley Temple. Then the populists arose elsewhere. Rearose, if you want to be exact: the 1930s with more concealer and ostriches. Figures who appear to have lucked out on a job they are thrillingly unwilling to explain or defend. The Johnsons, Lukashenkos and Bolsonaros of the world have shown a knack for abusing their offices in the simplest terms – terms we can understand. And they’re proud of it. By flaunting the gravity of government, and dancing before us in some scandal or another, they are actors who are in on the joke. Ahhhh, they smirk, with much less of a fine wink, you know it’s all worthless. Or think you do. Keep me here and have fun at the cliff’s edge.
Zelensky, however, is an astonishing new kind of politician – the celebrity who has used his looks, media training, social instincts and sense of humour to stand by a cause that has nothing to do with self-interest.
Just look at his Instagram. Three, four, five posts a day. Zelensky in a hospital, cracking wise with a patient while his friends stare on, sad and wry, the camera flitting between them. A photograph of the Ukrainian flag in a street, guarded by lamps with more history than Russian Levi’s. Teeming crowds under a church and blue sky. The Mayor of Melitopol, Ivan Federov, on speakerphone, released at last. A message: ‘Every Russian missile that strikes our country is an answer to a long-standing question about NATO,’ and pictures of shelled apartments, huddled women. He shows what his people have captured on film, on their phones, in their breaks for life or death.

YouTube and Facebook are sharp additions to Zelensky’s arsenal. They may appear less deadly than bullets, but they aren’t. His enemy has been controlling its own tale for too long, and has taken liberal media for granted. The more information that drips through Vladimir Putin’s borders – Zelenky’s speeches, his reports, the very fact he hasn’t thrown his suitcase on a pickup truck yet – will help Russia eat itself from the inside out. We’ve already seen mounting protests and a live, on-air takedown by a Russian television producer. Who else will take guerrilla acts on camera?
Indeed, Zelensky may’ve made himself too much of a star to lose. If Putin kills him, the narrative of a glorified, defensive crusade doesn’t fall apart, but surely loses a few screws. Much of the war is presaged on unifying scraps of the USSR. When more Russian soldiers and civilians learn that the neo-Nazi Chupacabra of their nightly state news is a humble, cheeky man in plain-clothes, cut from another cloth to Putin’s tinpot cloak, they may turn on their leader. Meanwhile, Zelensky just might have earned too much of the world’s sympathy. Other countries will mourn, and become ever more committed to stopping this.
As Mariupol succumbs to bombing, and Kyiv prepares for the worst, Zelensky will keep streaming. He will prod and poke and reduce more translators to tears. He will arise from old clips, doing daft things with an audience in his palm. Most of all, he will continue to make us feel as if we are there with him. Stubbled. Knackered. But certainly, alive. The vogue for disruptive anti-politics has finally gifted us a hero, not a con artist.


Please consider giving any and all support you can to the following relief organizations . . .